1.  a :  clear and free of storms or unpleasant change <serene skies>
b :  shining bright and steady <the moon, serene in glory — Alexander Pope>
2. august —used as part of a title <His Serene Highness>
3. marked by or suggestive of utter calm and unruffled repose or quietude

You know, life isn't all angst and drama around here, and on a day like today, I can say that the word serene can best describe the day.

I have started a project called the "Tortoise Marathon" at the local YMCA and it's day two of my challenge.  I have seven weeks to complete the distances of the Ironman Traithalon--bike 112 miles, run 26.2 miles, and swim 2.4 miles.

It's day two of the contest and I'm a little over 16 miles completed with the biking and I've hit 4.5 miles running.  I should complete it well before the end of October.  I love having a goal, and it's incentivizing my exercise.  Having a goal gets me moving.

After running, I ran to the Wal-Mart and picked up some dishwashing liquid, checked a book out of the library, and had a sandwich at a local sandwich shop.  (Rather disappointing tuna salad.)

Now I get to read my book, listen to some African disco music, and enjoy a cup of tea.  Not so bad.

It's a really quiet day here in Wisconsin.  So it's time for another installment of Eurovision Thursday.

I've decided to take a look at one of the "WTF" songs that ever graced the stage at Eurovision, Luxembourg's entry from 1980.   Watch at your own risk.
Sophie and Magaly   "Papa Pinguion"   Luxembourg   1980
This song came in ninth and it became a big hit in France.  "Papa Pinguion" sold over a million copies there.  I don't understand why, but sometimes novelty songs connect.
And "Papa Pinguion" did just that.  In fact it became a bigger hit when it was covered by a "bubblegum dance" group named Pigloo in 2006.
.
Pigloo    "Papa Pinguion"
It went on to be the fifth biggest single in France that year.

I don't get it.  I really don't.  But some things just can't cross cultures.

It's Thursday, which means it's time to post up my Eurovision song for the week.

I've been working on my Eurovision blog and I've been listening to all the songs Bulgaria has entered.  Bulgaria has sent some interesting songs and I feel compelled to share this one with you.


Kaffe   "Lorraine"  Bulgaria  2005
Ladies and gentlemen, I may have discovered the song with the worst lyrics ever.  Here's a little taste, in case you're afraid to listen.

I have discovered why people make fun of Eurovision.  And in this case, I don't blame them.

Yep, it's Thursday. So that means it's time for another Eurovision song.

This time I'm posting up the Icelandic entry from back in 1989
Daníel Ágúst Haraldsson   "Það sem enginn sér"   Iceland   1989
This entry is one 16 songs that have been given the dreaded "nul points" in Eurovision, receiving no votes from any country in the competition.

It's understandable why the song received no points.  Although the song is very serviceable, it seems like everything else was intentionally done to sabotage the performance.  Haraldsson's vocals are sketchy and without affect and the he is wearing his big sister's blouse and trousers that are three sizes too larger for him.  It's almost intentionally bad.

In some cases, Eurovision failure drastically affects any future musical success, but Haraldsson went on to be one of the founding members of the electronica/trance group GusGus.

GusGus  "Polyesterday"
The things you learn from Eurovision...

noun
1. the act of a person or thing that swims.
2. the skill or technique of a person who swims.
3. the sport of swimming.
adjective
4. pertaining to, characterized by, or capable of swimming.
5. used in or for swimming: swimming trunks.
6. immersed in or overflowing with water or some other liquid.
7. dizzy or giddy: a swimming head.

It is pretty amazing that I can comfortably swim again.   About seven years ago, I had to give up swimming because of issues with an eye surgery.  After having my retina reattached, something changed in my sinuses that made swimming painful--it was like someone driving an ice pick through my ear.

But recently The Coastie did something nice and got us a membership at the local YMCA.  The gym has two amazing pools.  So I decided to through caution to the wind and start swimming.  And luckily, it doesn't hurt any more.  I think time finally healed whatever was the problem.

So every other morning I go and swim laps for 30 to 60 minutes.  I am so out of shape, but I'm getting better every time.  First day I was hacking up the contents of my lung.  Now I'm not.  It's a good thing.

Yes, Pusheen has been doing her duty as ship's kitty on The Coastie's ship.

And she loves the perks. 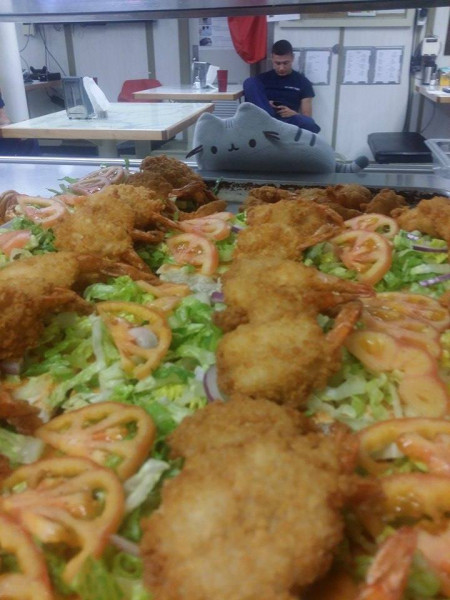 Although I must admit I hope that she let the crew have some of the shrimp po' boys.

One of the great things about the past few months is that due to my lack in success finding a job, I've been able to do things on my schedule--which means my mornings are not busy--chores, gym, and whatever I want to do.

It's pretty liberating--not having stress and being able to do things that I want to do, and starting up my LiveJournal again is one of those things.

I've got a good one to start back up--from all the way back in 1972.
Mary Roos   "Nur die Liebe läßt uns leben"  Germany  1972
Ms. Roos is something of an schlager legend in Germany, she had her first success in the mid 1960s and she's still performing today.

The song is very groovy in 1970s way, and Roos performed the song superbly.  She came in third from one of the worst positions in the contest--first.  Had she been placed later in the program, she would have likely won the whole shebang.

noun
1. the first, innermost, largest digit of the foot.
2.  an Uglydoll who likes to travel
I had a surprise when travelling from Alaska.  While on the ferry, I discovered a stowaway. 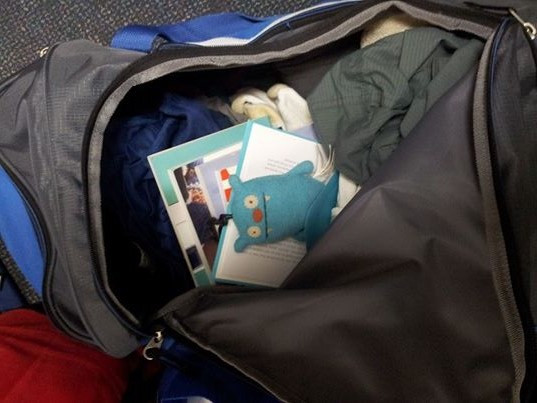 Big Toe is a friend of

ghost_light and is a close friend of the little grey kitty that has become a very important part of my life. (Yes, Big Toe and Pusheen were trying to open all the canned fish.)

However, I have been trying to convince Big Toe that he needs to go home to Alaska, because both

ghost_light and her buddy Babo have been missing him.

He's said no and I had wondered why he hasn't wanted to go back.  Northern Wisconsin isn't the most beautiful or interesting place to visit.

But I think I've finally figured it out. Local beer and cheese.  The twin pillars of joy in Wisconsin.  I think he wants to try them all and there's a lot of both.

Let's be perfectly frank, I've been a bit of an emotional wreck these past few days, since I'm leaving Anchorage.

I had never even considered leaving--when I moved up here 14 years ago, it just seemed like a good place to be and over time I have made a life for myself.

Now just a few last things to do before I go--closing out some accounts, getting my car washed, and then saying my goodbye to

ghost_light, then off I drive to Whittier and a four day ferry trip to Washington. 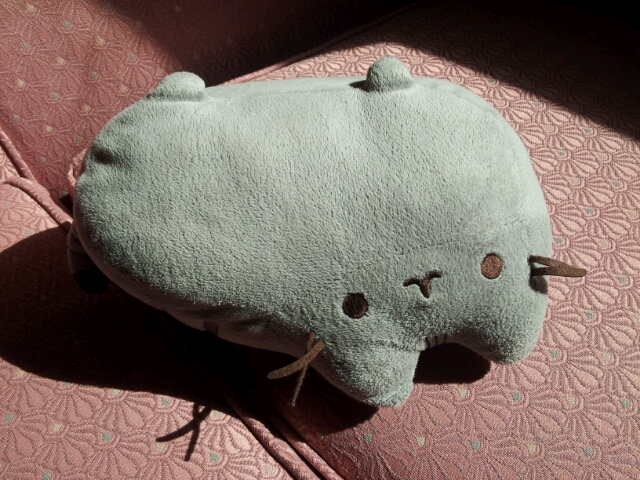 Pusheen is a kitty. 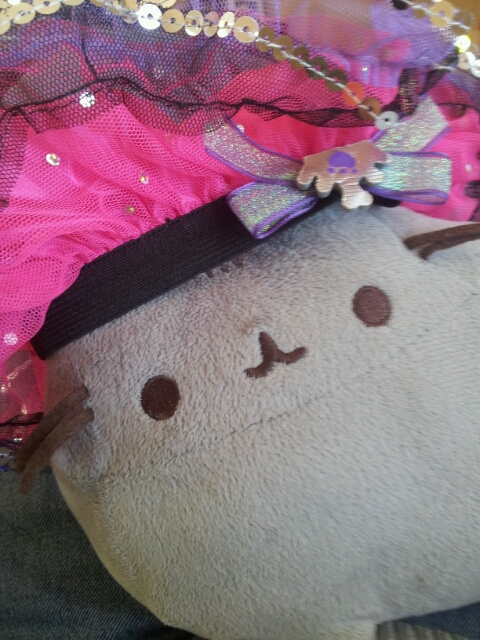 A pretty kitty who is full of love... 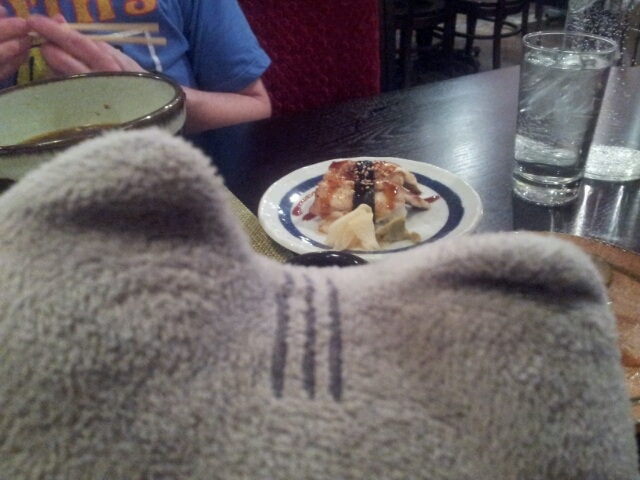 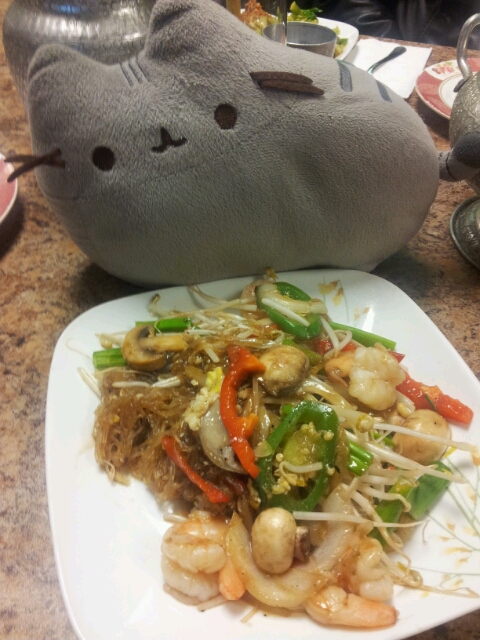 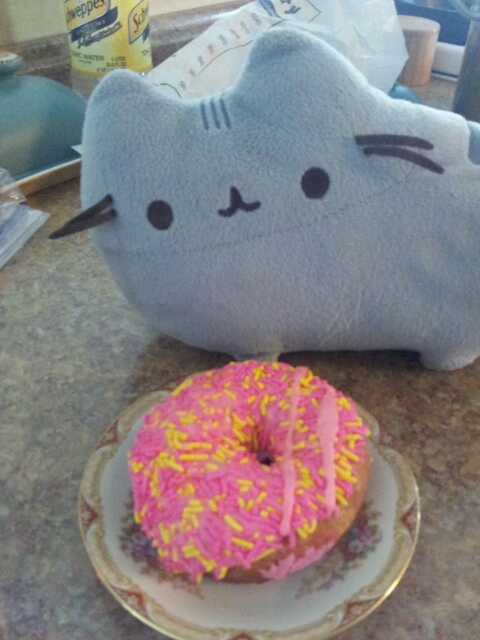 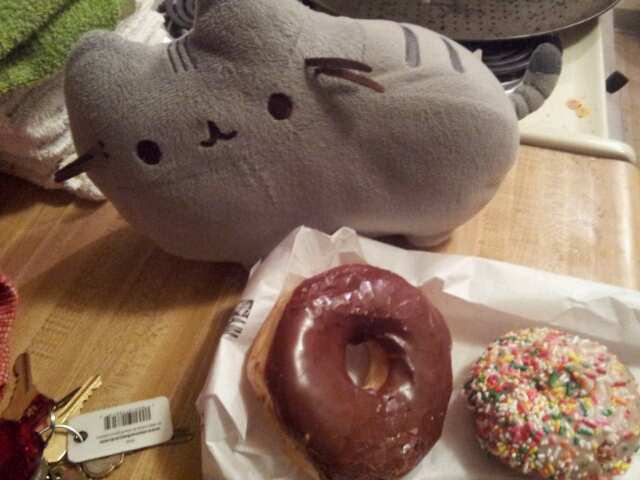 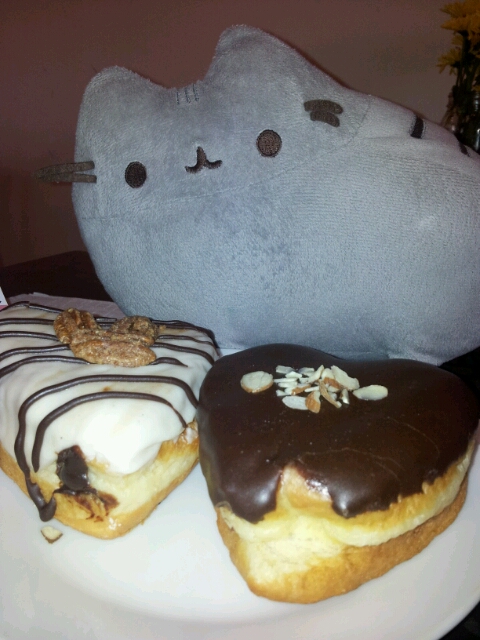 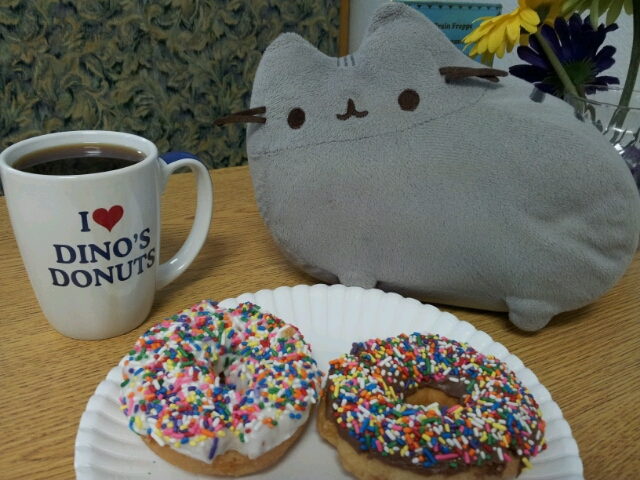 It's just who she is.

Posted via LiveJournal app for Android.